The oleander aphid, Aphis nerii, sometimes also called the milkweed aphid, is a common pest of several important ornamental plants in the families Apocynaceae and Asclepiadaceae. It is commonly found feeding on oleander and milkweeds (Asclepias sp.). The oleander aphid is cosmopolitan, and can be found in tropical to warm temperate regions throughout the world. It probably originated in the Mediterranean region, the origin of its principal host plant, oleander.

The oleander aphid is an obligate parthenogenetic species; thus the adult aphids are all female and males do not exist. Adult females may be winged or wingless. The winged adult females (alata) are yellow and black with dark wing veins while the wingless forms (apterae) are yellow with black cornicles, antennae, legs, and cauda (tip of abdomen). Nymphs are similar to apterae in appearance except that they are smaller. Size ranges from 1.5 to 2.6 mm in length.

Females are viviparous and parthenogenetic, meaning that they deposit nymphs rather than eggs and that the progeny are clones of the adult female. The nymphs feed in colonies on the shoots at the top of the plant. Nymphs progress through five nymphal instars. Normally apterous (wingless) adults are produced but winged adults occur under conditions of overcrowding and when plants are senescing. The parthenogenetic mode of reproduction, high fecundity, and short generation time allow large colonies of oleander aphids to build up quickly on infested plants.

The colonies of bright yellow aphids can easily be seen on the shoots of the host plants. The damage caused by the aphid colonies is mainly aesthetic due to the large amounts of sticky honeydew produced and the resulting black sooty mould that grows on the honeydew. Growing tips can be deformed. Repeated heavy infestation throughout the year can lead to stunted plant growth. 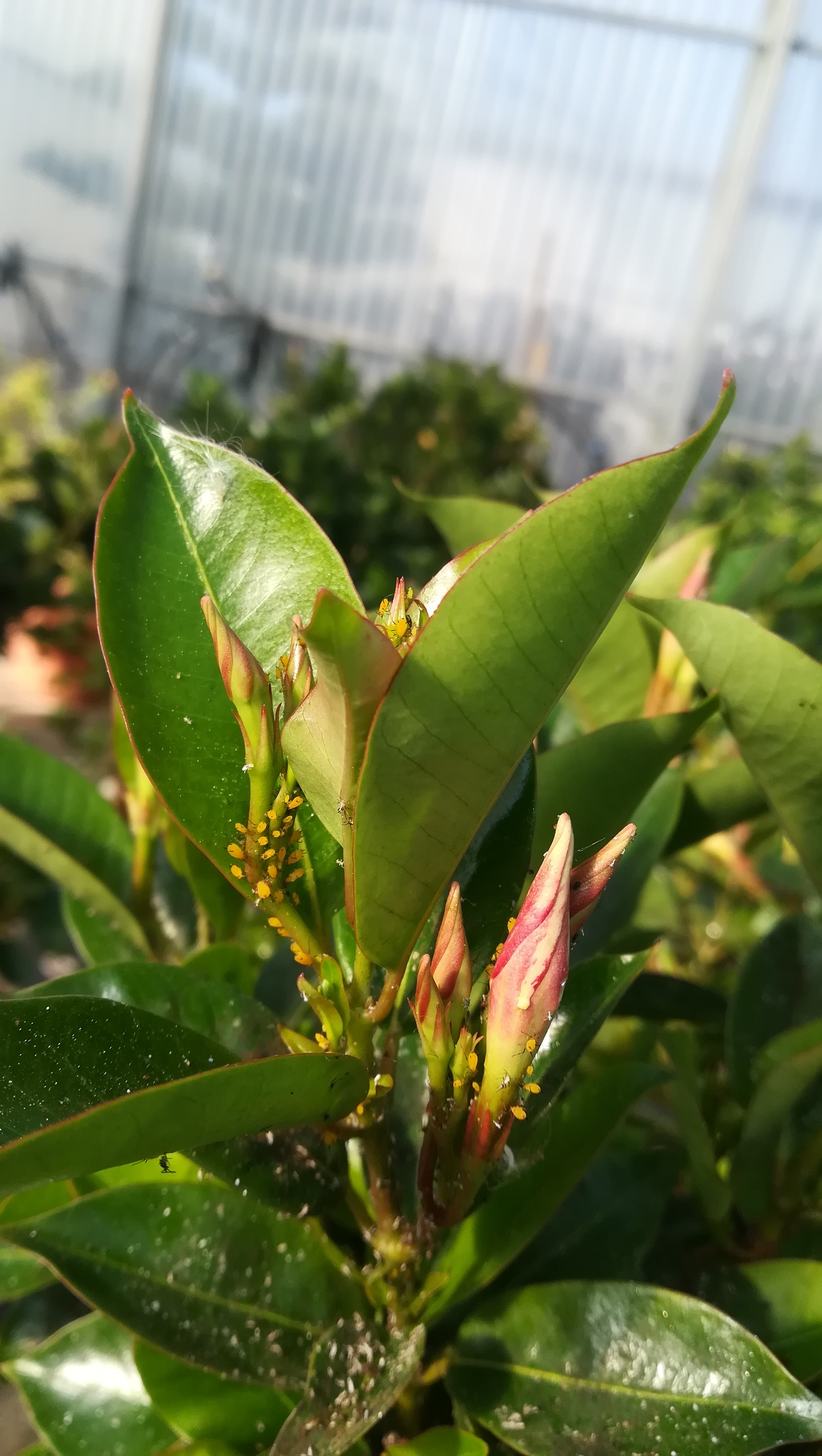 Find solutions for your crop

Get the latest news and information